LIMEHOUSE, LONDON – As I head to my tube stop each morning on my way to work, I’m noticing that autumn is slowly passing on and winter is settling in.

I took this photo from my balcony this morning. There’s a small park just around the corner from me and all the leaves are dropping and carpeting the floor. And the flowers are gone and just the buds remain. 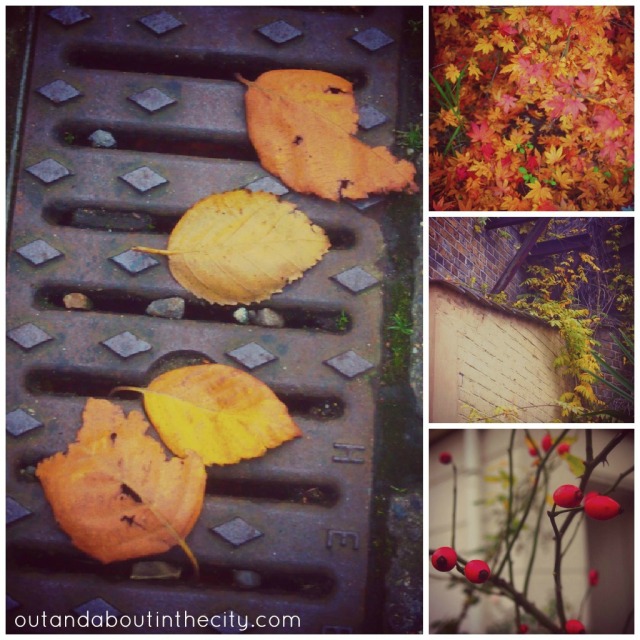 I’m sure you’ll agree that Autumn is special because it also means bringing out the cinammon and nutmeg and making some soup. There are so many great recipes. Here’s a few I’d like to try:

Do you have any recipes that you would recommend?

LIMEHOUSE, LONDON – A few months ago I wrote about my new neighbourhood, Limehouse. I took a bunch of photos of the surrounding buildings that stood out to me and this one really caught people’s attention. Well, as I was surfing on my favourite property site, rightmove.co.uk, as I often do, I found that there was an apartment for sale in the building.

I’ll be honest, I was a bit disappointed to find out that the building was not the home of a single owner but instead had been broken up into apartments. I often fantasise about living in someone elses home that’s better than mine, and this building was one of them. But I can’t quite afford the £1,5 million price tag. Sigh!

The inside is very modern and has clean lines. It’s bereft of furniture, but you can use your own imagination as to how you would fill it with your own things.

Here’s the kitchen. Simple and functional. 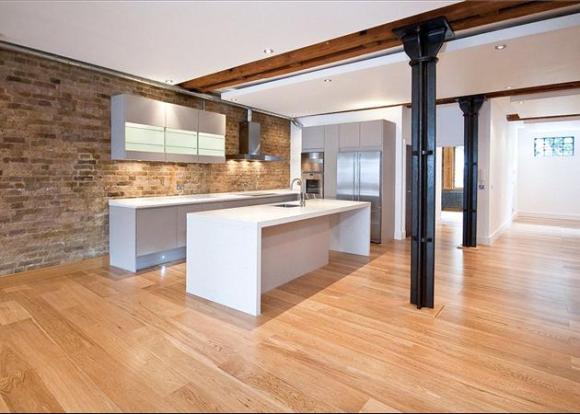 There are three bedrooms. They all seem to have exposed brick which I like.

Here’s the study. What do you think of all that wood panelling? Too much? 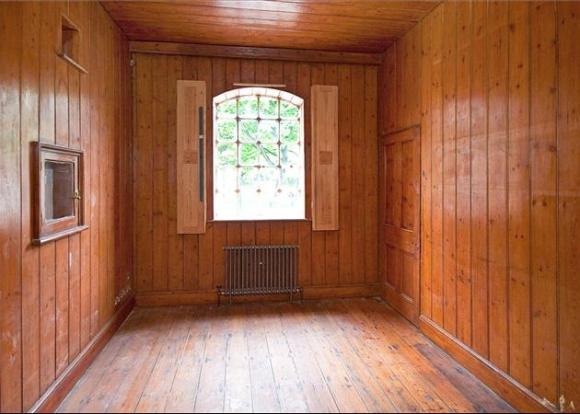 The bathroom looks good. I usually prefer less tiles, but this doesn’t look bad at all.

Here’s the lounge which seems to have a lot of space. And according to the listing  by Knight Frank there is 2111 square feet of space.

Here’s a hallway. It’s quite wide. I took a look at the floor plan and this area actually looks like wasted space. I would have extended the bedrooms more.

Here’s the other side of the building. It actually sits on the Thames River. But right underneath it there is a small beach where the tide washes in and out and when the tide is out, you see the river bed covered in litter. Doesn’t make for pretty viewing. 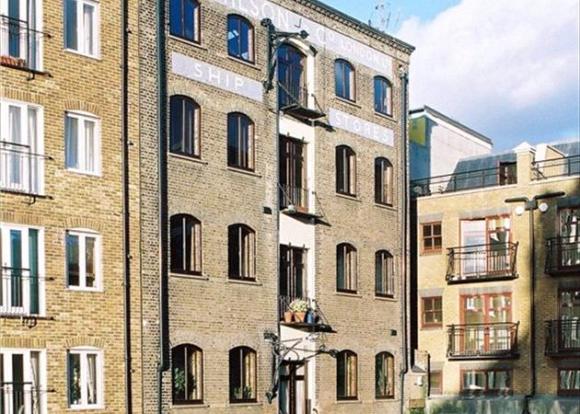 Still it’s a lovely building and the location is very good. You’re between the City of London and Canary Wharf, ideal for financial services people – probably the only ones who can afford this anyway.

If I had the money, I think I’d make an offer. What did you think of the inside of this building?

LONDON – For a while now I’ve been passing the Limehouse Parish Church on the way to my own church each Sunday. It’s right on the busy Commercial Road in Limehouse and although it’s close to so much activity, there never seems to be anyone on the grounds or in the church.

I’ve been intrigued by this church for some time. On a few occasions I’ve tried to access the grounds but have had no luck. I finally found the entrance tucked away on a small lane.

As I entered, I saw this big blue door and steps leading up to it. It was closed shut. And still, no one was around. 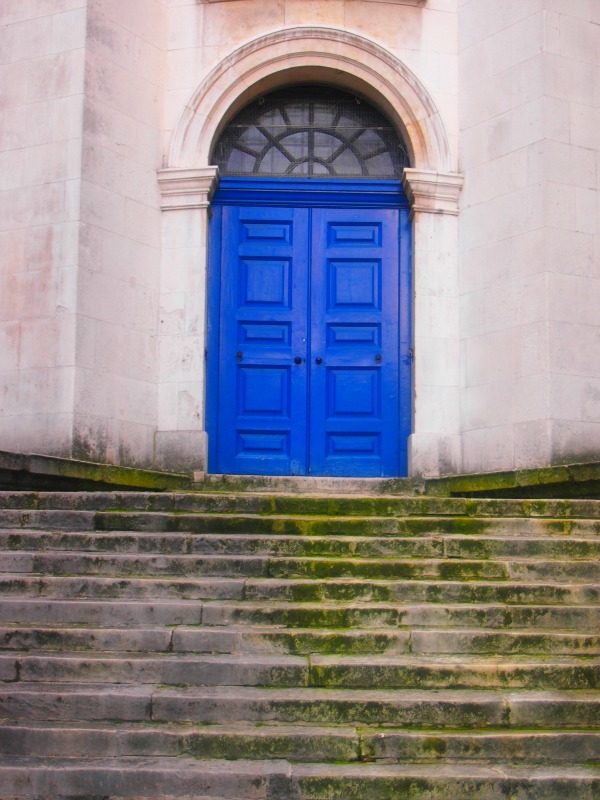 I walked around the grounds that were covered in fallen leaves and saw this tree that seemed to have an odd shape.

I walked closer towards it, encircled the tree, and then saw this behind it. 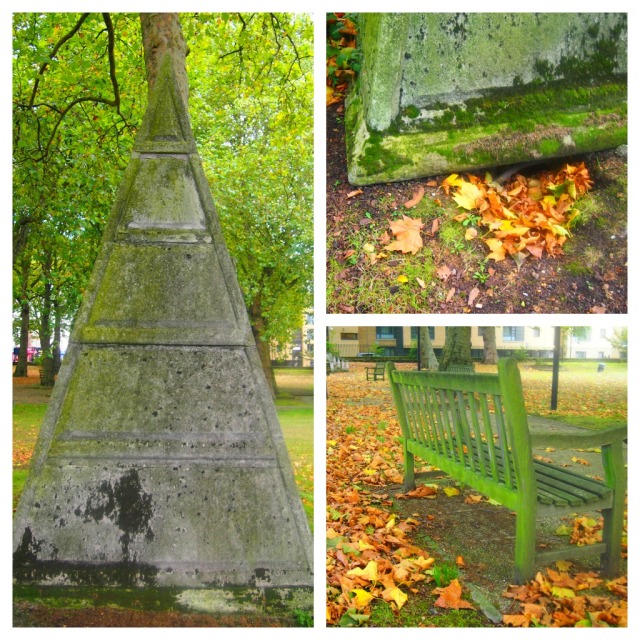 The triangular object looked a bit strange. I found no marketings or engravings. Just a hole underneath it where I think perhaps a fox lives.

Although there were a few tombstones scattered throughout the grounds, it looks like they have cleared most of them. Because around the entire outer wall of the church were gravestones stacked against each other and covered in moss and vine.

I looked up and smiled as I appreciated the full grand size of the church. 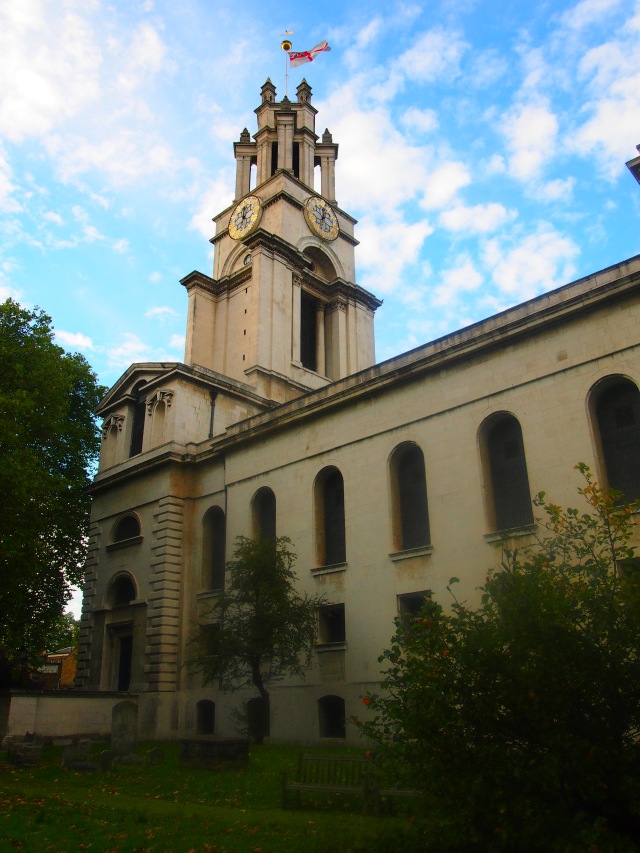 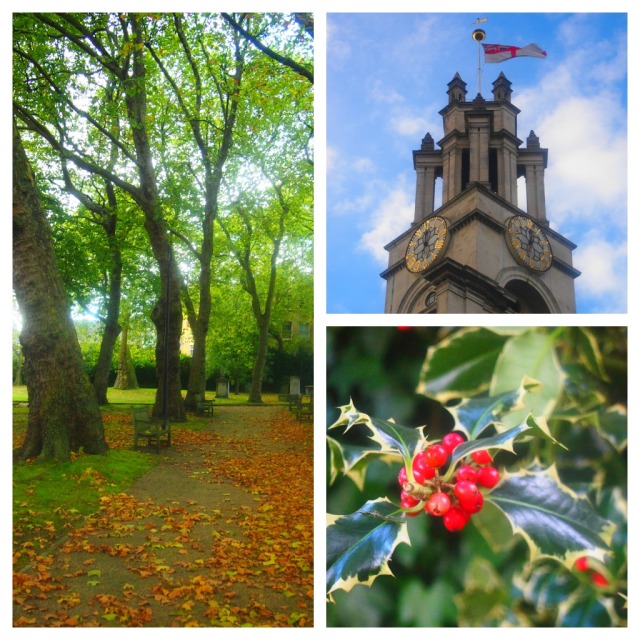 As I walked away, I kicked a few leaves and kept wondering, what was the triangular object? Looks like an odd shaped tombstone if that’s what it is. Perhaps it’s masonic.

LONDON – About three weeks ago I moved from a somewhat crummy flat to a nicer one in Limehouse Marina. I have lived in a few different places since I arrived in London. I started out in a bedsit in Chelsea. The location and apartment were fantastic and the fellow roommates were really wonderful. However, I didn’t last long there because the landlady, who also lived with us, was a cranky old thing who got angry a lot and it just became quite unpleasant to live with her.

From there I hurridly moved in with a mother and daughter in a government house in Pimlico. It was okay. It was cheap. In many ways better than the warring live-in landlord I had had in Chelsea. But the downside was that this pair were proper dirty. I ended up leaving for various reasons and found a place in Clerkenwell. I stayed here for five months and although my roommate was lovely and often hung over as she recovered from a failed marriage, it was actually the five mice that we had running around our apartment that finally made me want to get the hell out of dodge. So I did.

It took me a while to find a new place actually. I had wanted to stay in the Clerkenwell area as it’s got a lot going on and is trendy and arty too 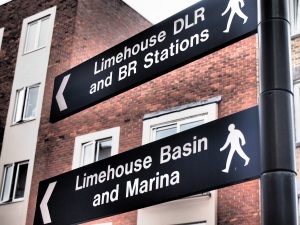 (has a Tribeca feel to it). But the demand was so high and time was running out to find a new place to stay. I finally found a room sharing with a couple in Limehouse. It’s ended up being great.

I’ve been here for a few weeks and the couple, Zuzanna and Indie (that’s an abbreviation for his real name which I can’t spell or pronounce) and I get along well. The flat is modern, clean and has great plumbing. A word of warning to people looking to live in London. If you want to stay in a place that is old and full of character be prepared for 1) poor heating and 2) poor plumbing. After having spent various periods of time in old Victorian flats, I was very keen to find something new and modern.

So now I live a two minute walk to the DLR station and door to door it’s probably 18 minutes to work. I’m excited to be living in Limehouse. So much so that I wanted to share a few pictures with you of my neighbourhood. What do you think?

I really like this old building. I think it would be so cool to live here.

There aren’t a lot of these types of buildings left in the area. Many have been pulled down and have been replaced by modern flats. 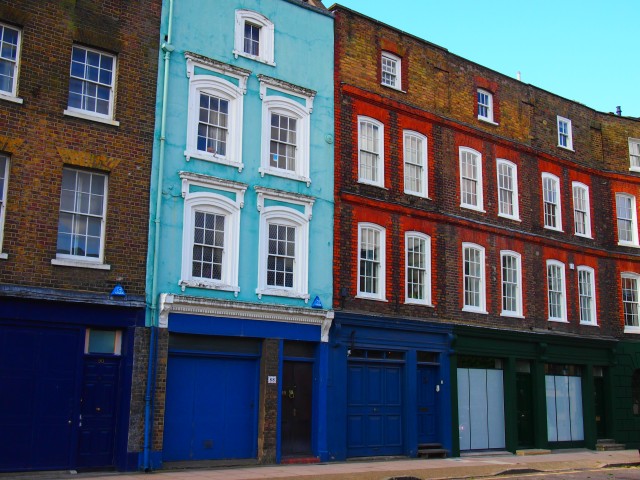 The area was once used by seagoing vessels to offload cargo so you see a lot of relics from the trading days. Now its mostly luxury flats and a lot of people keep boats in the marina. 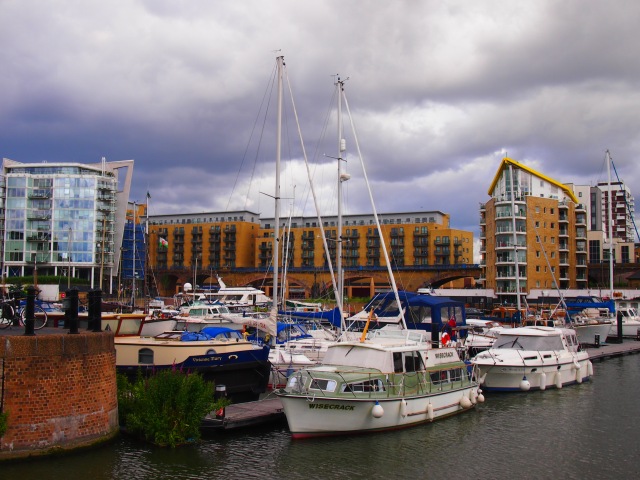 As always, I love the flowers.

This is part of a walk that takes you through the area along the canals. 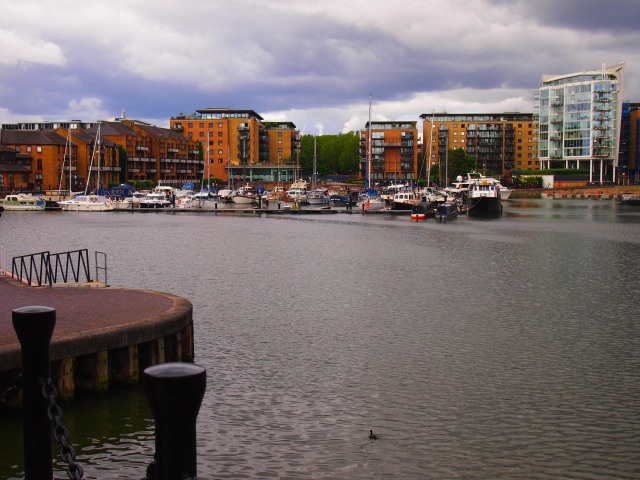